Fire prevention and detection is a constantly developing industry where every second counts.

The quicker a fire can be detected, the quicker (and more likely) it can be controlled. In domestic properties, the standard smoke alarm is king. However in industrial complexes, large indoor retail stores and even airports, standard smoke detectors are uneconomical and have too many restrictions to make them a viable fire detection system.

An optical beam smoke detector is a simple solution works on the principle of light obstruction and uses a projected beam of light to detect smoke.  This detection system can be used in large indoor areas where other forms of smoke alarm are simply not effective enough. The system has many advantages over other smoke detection systems including large area coverage, reliability, and even quick installation times. Depending on the size and space of the location that needs an optical beam smoke detector system installed, a single system can comfortably be used for spaces between 50 & 100 metres. Multiple units can be used to cover larger spaces and be interconnected to the buildings fire alarm and sprinkler system. 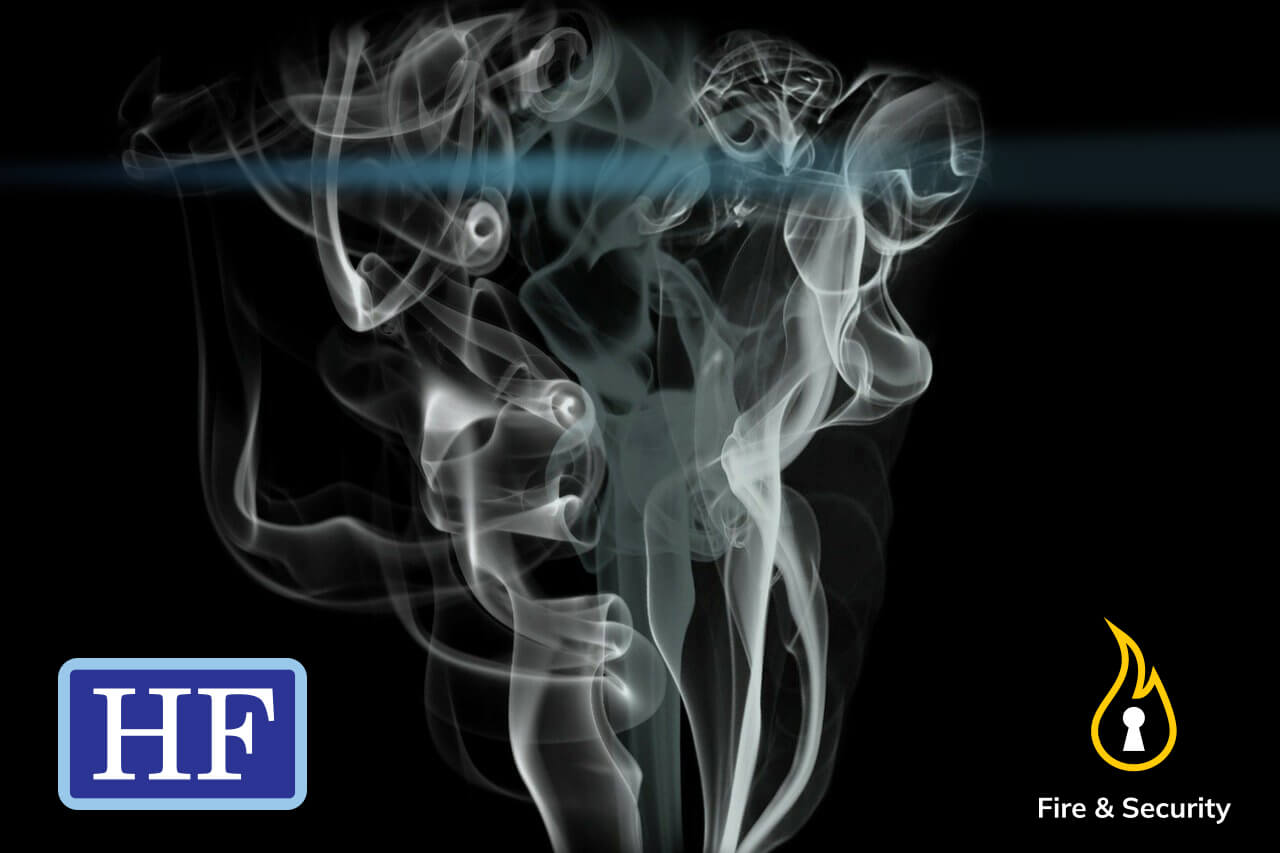 How does it work?

There are two types of optical beam smoke detector.  End-to-End and Reflective.

An end-to-end smoke detector uses a separate light transmitter and receiver.  They use open-area smoke imaging detection in two wavelengths of light which are configured to detect smoke.  These are UV and IR wavelengths.  The UV and IR wavelengths of light react to fire smoke differently and this difference creates reflection variations resulting in different profiles of light.  The detection system can then identify these variations as fire smoke and activate the fire alarm system.  If the UV and IR light reacts identically to obstacles in the light beam (such as bugs, steam, dust etc) then it will class these as false alarms.  By using UV and IR lights, the optical beam smoke alarm can detect smoke more accurately.

The smoke will reduce the strength of the infra-red light beam and the transmitter-receiver is configured to detect these variations.

Because both of these two optical beam detection systems operate with only two components, it means the size of the detector system is very small.  This has its advantages in installation requirements, especially if the smoke alarm system is being installed in heritage locations such as a church or retail locations such as a shopping centre.

Where can optical beam smoke alarms be used?

No delays, no excuses, no time-wasting.

Our clients range from one off domestic properties or single unit business all the way to large high st names. At Scotland’s flagship Murrayfield Stadium (for example),we provide a range of alarm maintenance, CCTV and security monitoring, including crucial Fire Alarm Engineer cover on match-days.

If you would like to know more about our Fire & Security Services, examples of the work we have done in this sector or if you have any questions about bespoke services that you are looking for, call us today on 0800 783 9480 or email info@hf-group.co.uk.  We look forward to hearing from you soon.